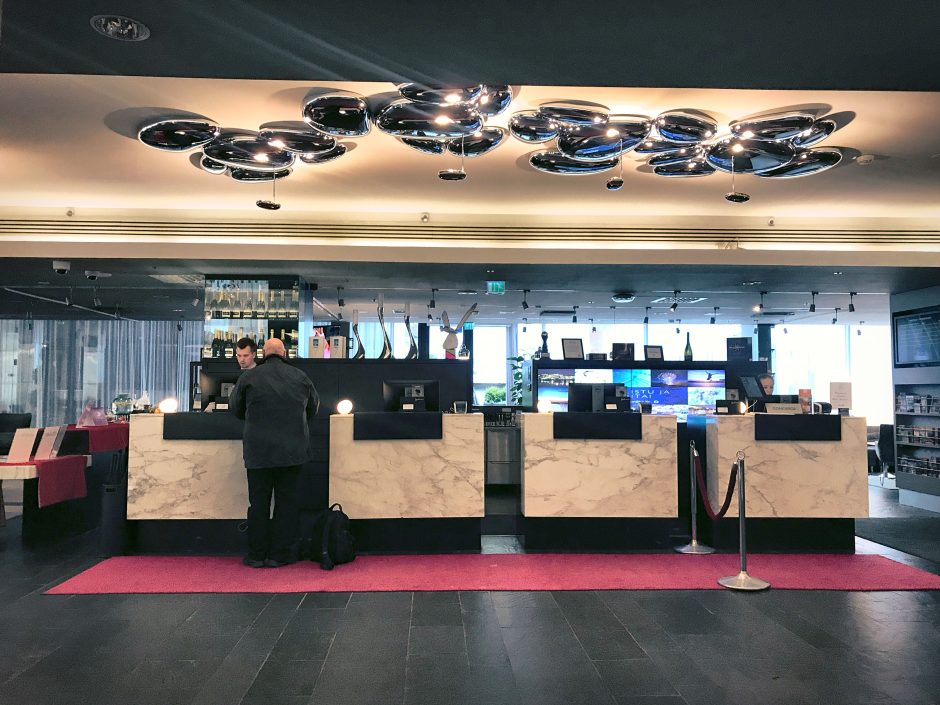 Radisson Blu Plaza is located right next to the Central Railway Station and it’s hard to miss on not spotting it as it’s facade is grandiose. There’re 302 rooms in this hotel which have been refurbished back in 2012 so now they’re decorated using the most impressive classics of Finnish design, for example some of the suites are decorated with Alvar Aalto’s most famous furnishings.

Big ball room is perfect for events and weddings, there’re guest saunas, gym and hotel lobby is a perfect place to chill at or work on your laptop while you’re waiting on the room or on your private chauffeur to take you to the airport.

Radisson Blu Plaza has some of the services which aren’t so common in Helsinki such as concierge, bell boy and private chauffeur as well as a possibility to pick your own pillow (there are 5 different options).

I must say that the bed was one of the most comfortable ones I’ve slept in and that’s something that is very important to me when I’m staying at the hotels.

I also found it very convenient that all of the lights in the room could be adjusted on different “modes” on a mini electronic screen right next to the bed. Bathroom was well set up with the Radisson’s own toiletries and the TV screen in the bathroom mirror was a nice touch.

I sometimes like to test room service by requesting either a meal or something random like a set of cutlery or tea just to see how quick they are and how willing they’re to meet your needs. I did it this time too and Plaza’s room service was 5/5.

Radisson Blu Plaza is getting more and more recognised for it’s big breakfast buffet. The selection was plenty, various and thoughtful, meaning that they have served different variations to suit different diets. The restaurant’s design was incredible, very beautiful ceiling and lots of art photos everywhere.

If you’re stying at the Business Room or suite, you have the exclusive chance to have a more private breakfast at the hotel’s Business Lounge/ terrace. If you’re arriving with the car, Radisson Blu Plaza has its own parking garage.

It was a short but sweet stay at the Radisson Blu Plaza which I would recommend as a great choice for a weekend getaway or a very convenient place to stay at in Helsinki at a competitive price. 🙂

*This post was made in collaboration with Radisson Blu Plaza but all of the opinions are my own.

*Thank you to Miss Annukka for making this possible.