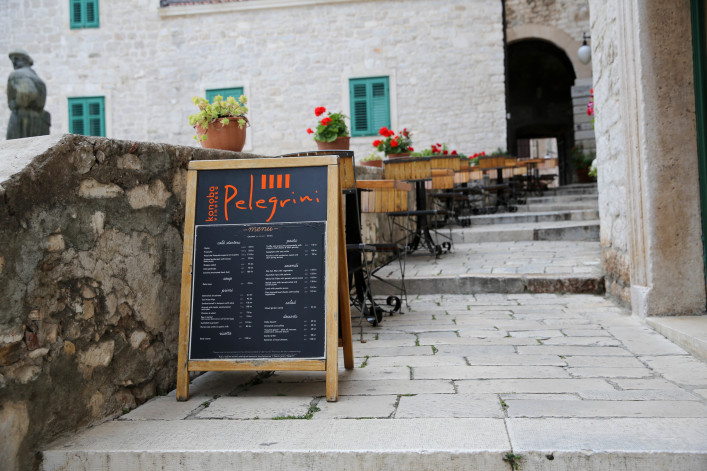 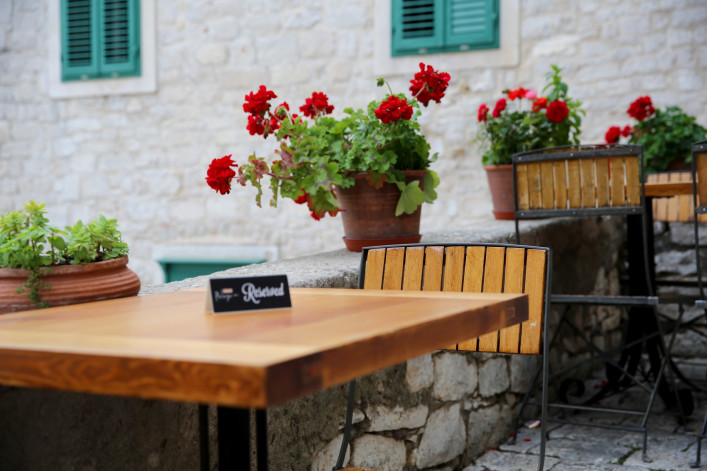 When people travel across the country to the small, seaside city just in order to dine at a certain restaurant and when the reservations are highly required since all of the tables are almost always completely booked, then it must mean that you’ve come across a very special place… This special place is a restaurant and it’s called Pelegrini. It’s situated in the old town of Sibenik, Croatia, right next to the majestic and UNESCO protected cathedral of St. Jacobs. For the third year in the row, it won a prestigious gastronomy award as the best restaurant in the whole country, accompanied by this year’s award for the best chef as well.

Mr. Rudi, the head chef, the visionarie who has “built” Pelegrini from a small, unpretentious restaurant to the most innovative and hyped about one. It’s worth mentioning that this restaurant is a part of Jeunes Restaurateurs d’Europe, a prestigious association of young restaurateurs who want to share their talent, innovations and profession with each other. 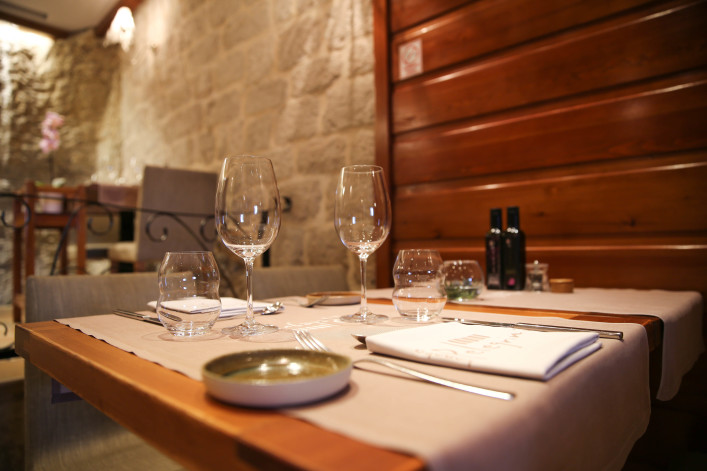 Between billion “konobas” along the Adriatic coast, which are usually just a tourist traps, often unappetising and 3 m long menu kind of restaurants, places like Pelegrini are real jewels. I was very excited to visit Pelegrini for late dinner last Sunday and experience the privilege of enjoying a chef’s Secret menu of all together 9 courses. All of the dishes were wonderfully paired with the finest local wines such as Bibich, Rak and Gracin. 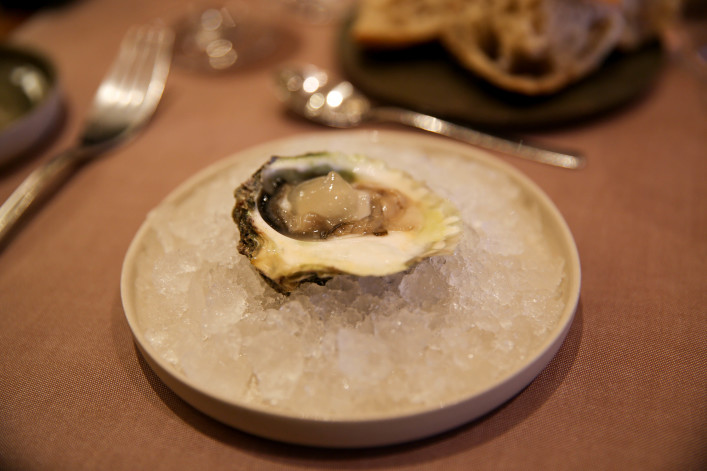 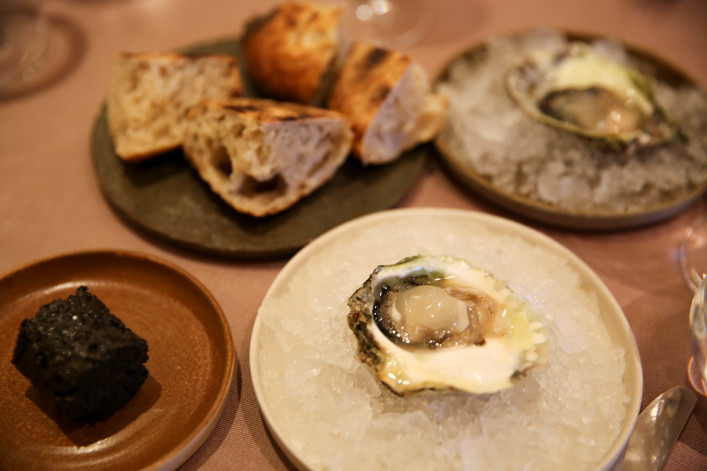 We started off our foodie trip with the little “golden bombs” of the best what a sea can offer – oysters! We were told that those oysters are local ones which are from the Krka river, just in the spot where the sea mixes with the sweet river water. Oysters were served with a bit of lemon gel on top which has enhanced the taste of these sea diamonds to the max! Along with that we have snacked on homemade bread and black olives, capers and anchovies tapenade. 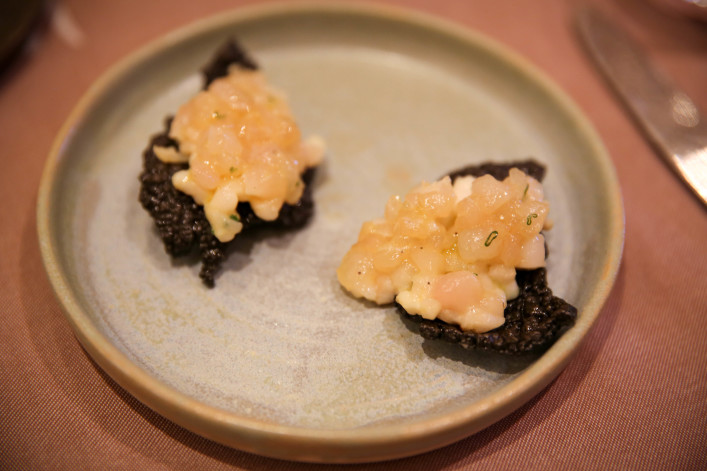 Next up arrived a fish tartar of a lightly seared sea bream on a cuttle fish inked rice chips. This was a perfectly warm, crispy, salty and simply such a fish delight of a starter/ snack. 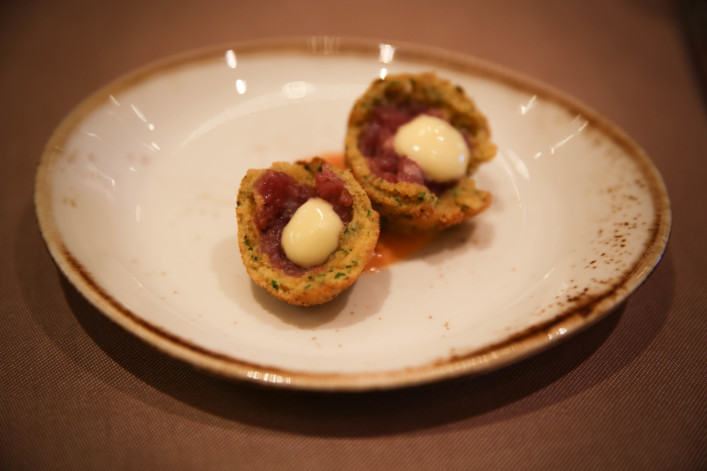 Right after, followed a very interesting presentation of beef tar-tar! I was impressed by a very original idea of serving raw, chopped up meat in a panko crust with a bit of mayo on top and tomato gazpacho soup on the bottom. I have never seen a beef tar-tar taste or look like this anywhere else. 10 points for this starter!

All of these three courses were paired with Brut Bibich bubbly. 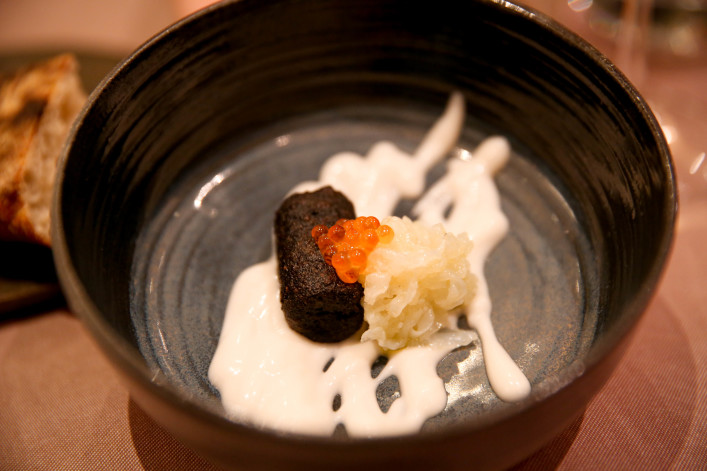 Now, onto the first plates – Gnocchi with squid like nothing I’ve seen before either! Love how a very, so to say traditional Croatian dish got a whole new makeover at Pelegrini. Soft and warm gnocchi wit the squid ink was paired with thinly sliced squid, topped with fish caviar on the bed of homemade, reduced fish sauce. Match made in heaven!! This was my favourite dish off of the menu. 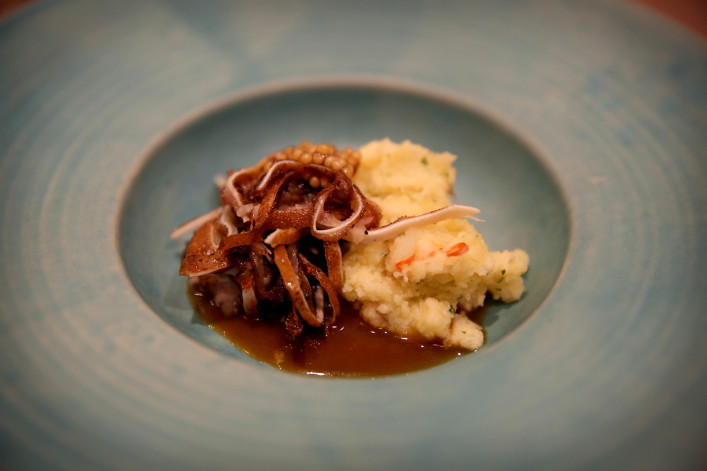 Next up was a mashed potato with cream cheese and chili with cooked and thinly sliced pig ears, topped with marinated mustard seeds and on the bed of reduced meat stock. I have to be honest and say that I have “forwarded” this dish to my assistant and rely on his opinion about it. He approved it with two thumbs up and said that when everything is mixed together, the explosion of tastes happens and that’s when the dish becomes alive. Def. a chef’s strong card to impress an eater who has “seen it all”. 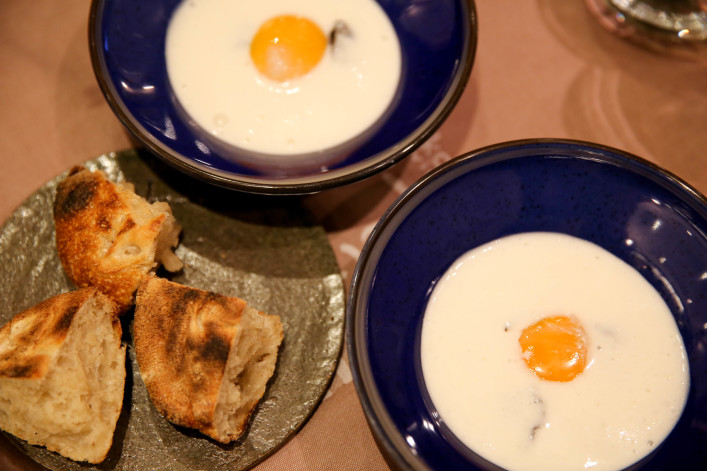 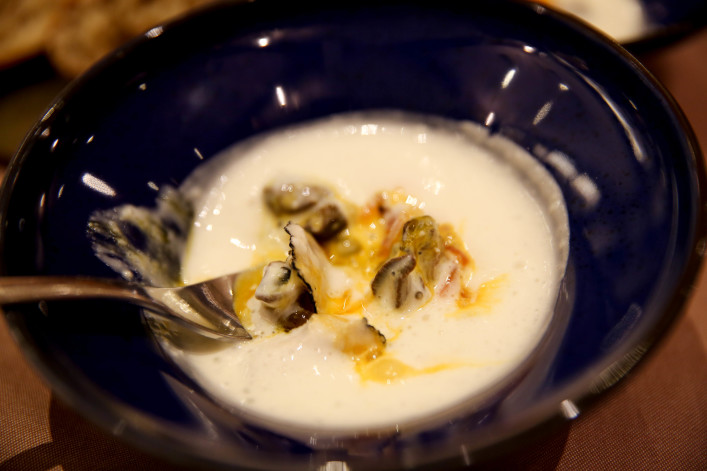 Besides gnocchi and squid, my 2nd favourite dish was Egg in Shorbul. It’s basically another very traditional dish, interpreted in a very inspiring and modern way. It’s a runny egg ( soldiers ) with foam of fermented cow’s cheese, local truffle slices, local prosciutto and snails from the fields. I have no words for this dish, it’s so “simple” but incredibly delicious and unusual.

All three dishes were perfectly paired with another local and family run vinery Rak – Marashtina wine from 2013. 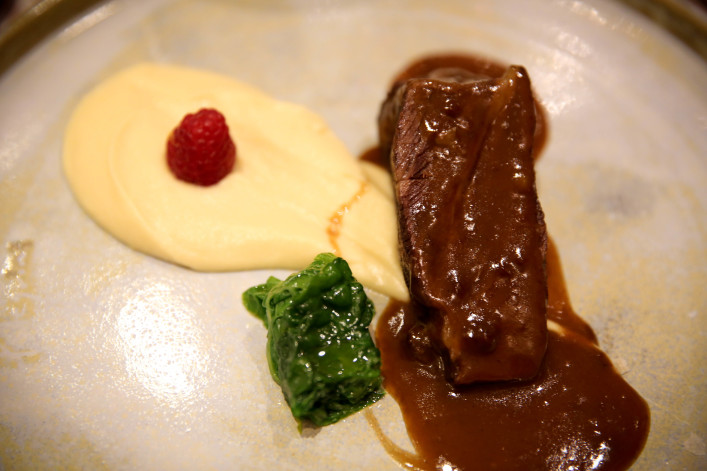 As for the final, main course we were served puree of celery with raspberry, cooked kale, slowly cooked ( 6 hours in su-vid machine ) in the red wine beef cheeks and covered with demi-glace sauce. First I was wondering why the raspberry “on top”, but let me tell you, that was a party in my mouth little bomb of sweetness which connected perfectly the smooth and creamy pure, crunchy kale and buttery, cooked to perfection beef cheeks. Once again, such a simple, but perfectly done dish.

This dish worked wonderfully with Gracin Babich red wine from 2011. 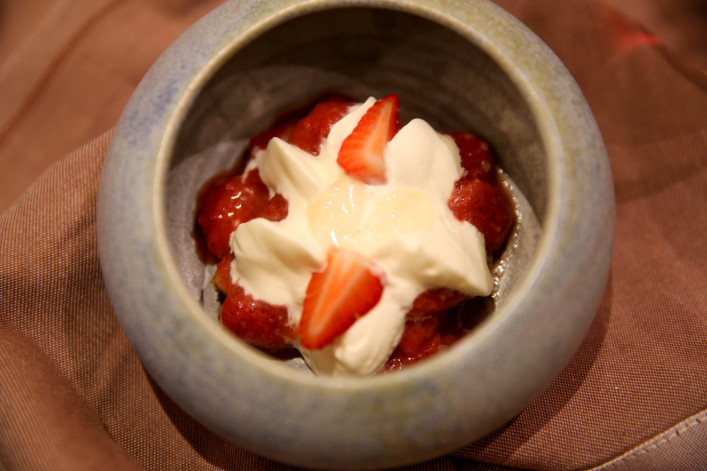 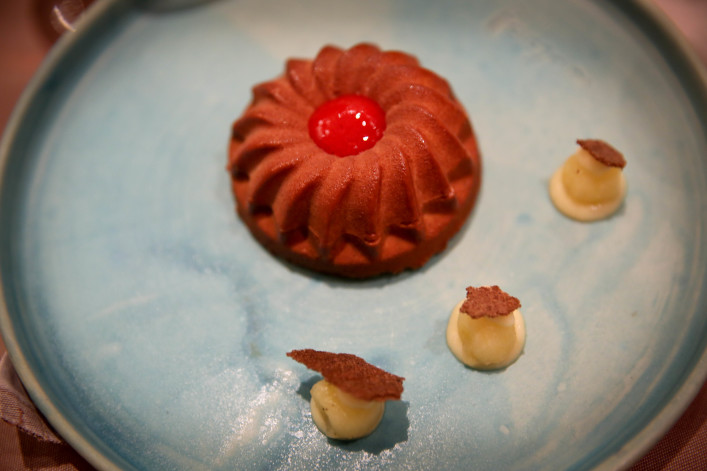 As a pre dessert, we were served bisque with the strawberry compote, cream with lavender scent, lemon gel and fresh strawberries. The main dessert was Rogach cake, made of rogach, raspberry panna cotta, strawberry coulis along with apple puree, cooked apple and choco thins. This goes straight to the top 3 best desserts of my 28 years of existence. 😀 SO GOOD!!!

As the dessert wine, we were served with Ambra Bibich prosecco.

I must mention that besides brilliant surprise menu, tasty food and fine wines, the service was absolutely impeccable, better than in many Michelin starred restaurants. Yep! Believe it or not, Pelegrini deserves the hype, awards and everything in between… You must visit this place if you find yourself anywhere near or in Sibenik this Summer. 🙂

*This post was made in collaboration with Pelegrini restaurant. All of the opinions are my own.

*Thank you to Miss Lucija and Mr. Rudi for making this collaboration possible.

*All photos by: Natali K. photography

How to wear tassel earrings