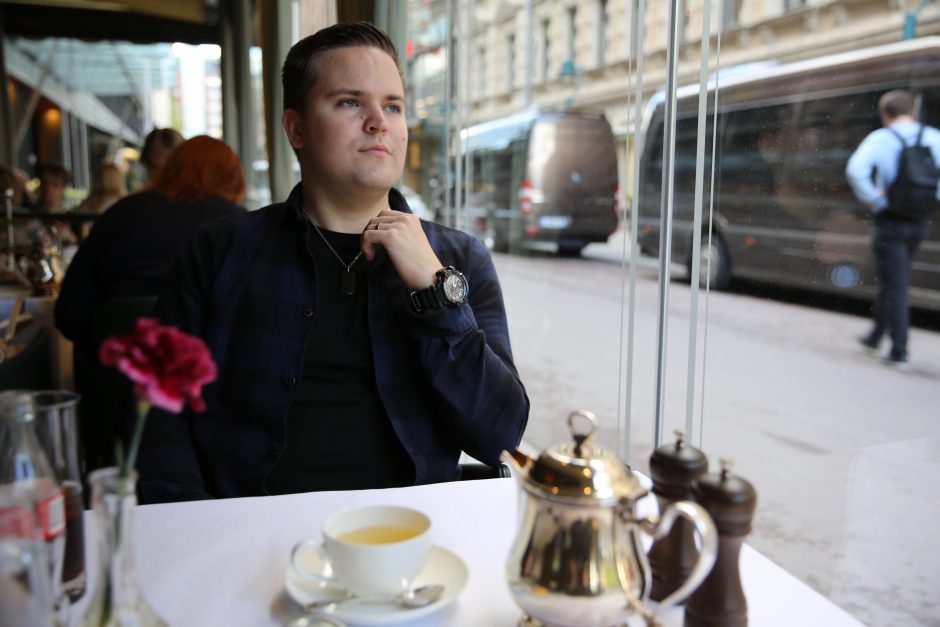 It’s not that often that I come across people which strike me immediately upon shaking hands and exchanging couple of sentences. This was the case when I met Jerry for the first time. I did knew a bit about him by checking out his blog and liking his writing style/ whole lifestyle concept but little did I know that I will like him as person and become very good friends once I meet him!

Jerry is one of the most hard working, self-mastered professionals I’ve met in a while. Don’t let his age fool you, this guy is working day and night for his dreams to come true and so far, he’s travelled, accomplished  and experienced more than most of the millennials will until the end of their 30s. 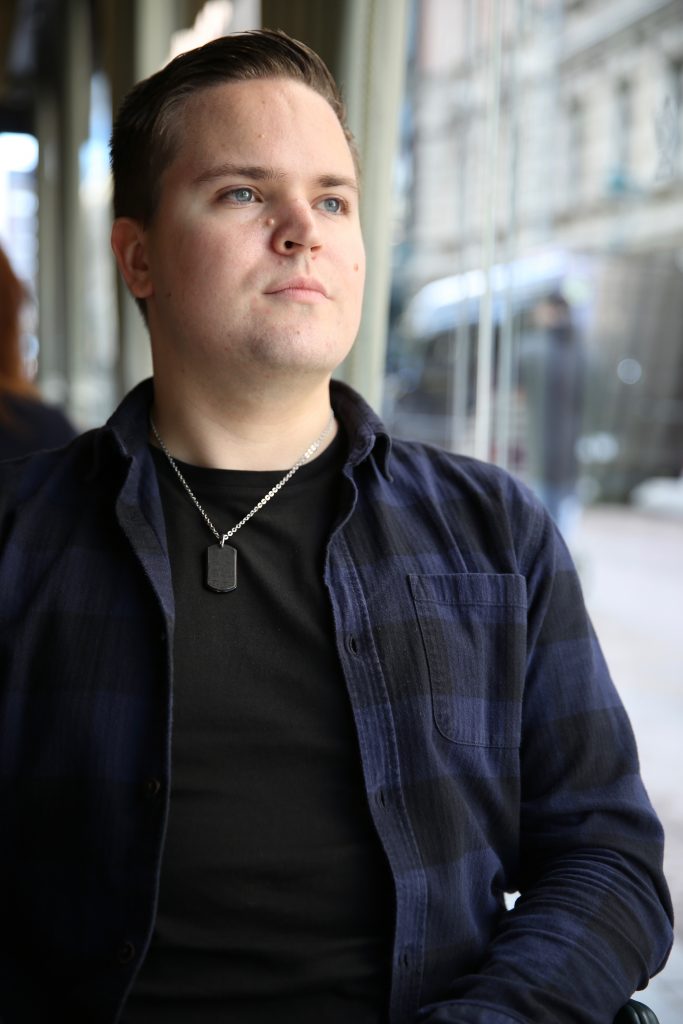 Besides him being a driven businessman, he’s super cool, laid-back guy with great sense of humour and a big appreciation and love for anything Japanese, INCLUDING the best food in the world – Japanese cuisine! 🙂

I’d like to thank Jerry for agreeing on this interview and I hope that you’ll like getting to know Jerry better in my Sunday cafe!

My name is Jerry Savolainen and I’m 27 years old.

2/ Where do you originally come from and when did you move to Helsinki?

I was born and raised in Lappeenranta, but I moved to Helsinki almost exactly two years ago.

3/ How do you like living in Helsinki as compared to a life in smaller, countryside place like your original hometown?

I know that I should be saying how great my former hometown was and all that, but I really can’t because I couldn’t imagine going back there anymore. It was a nice place to grow up, but it didn’t offer me any of the things I needed and craved when I got older. I felt trapped there without realizing it until I moved with my girlfriend (now wife).

I absolutely love living in Helsinki! I don’t use that word often, so I really do mean it. First of all Helsinki is a big city with a small town vibe, so it’s perfect because of it. You can walk everywhere inside the city center, which is a big plus, because I usually prefer to walk rather than use public transportation, car or bike.

Helsinki has the restaurants, bars and places to satisfy my needs for culinaristic experiences, which is increasingly important to me. Also I can find a lot of likeminded people here which I cannot say is the case in Lappeenranta. In addition, we have an airport nearby which is a huge advantage for me, because travelling is my passion.

4/ What do you think are Helsinki’s best assets that you would point out to anybody who plans or wants to move to Helsinki?

I mentioned a couple of things in my previous answer, but I’m more than happy to repeat them here. Helsinki has a thriving restaurant and bar scene. There are always new places opening up all over town, so discovering something different is always easy. Especially the bars are very important to me, because I’m interested in cocktails and learning about different aspects of alcoholic drinks and mixology.

Travelling inside Finland and to other countries is of course the easiest from Helsinki, which is a huge advantage to anyone who likes to travel. I cannot tell you how good it feels to jump in a taxi at the airport and be home in half an hour compared to the 2,5 hour drive I had to do, when I lived in Lappeenranta.

Also Helsinki offers nature and culture to balance out the ”big city life” and busy streets, so I think there really is something for everyone here. 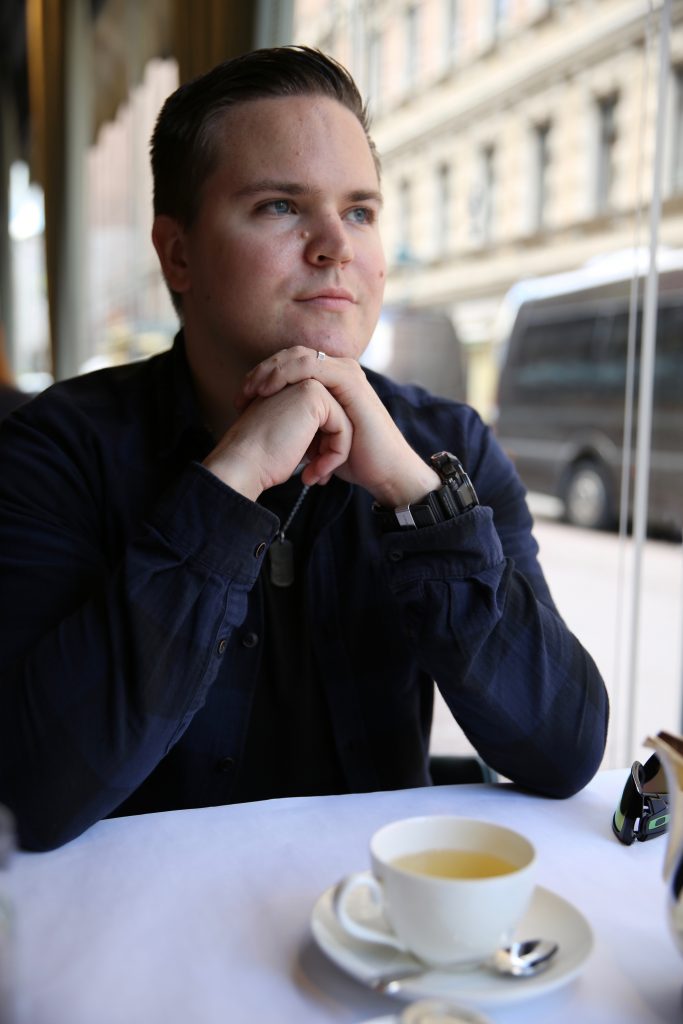 5/ What do you do for living? What inspires you the most in your work as a travel and lifestyle blogger

I work as a translator in my own company, which basically means that I do subtitles for movies and TV-shows (for example DVDs, Netflix). My travel blogging career is also a part of my income, but unfortunately at the moment it’s still fairly small when it comes to money. My plan is to grow it eventually so that I can make good money with it.

Inspiration is a tricky question especially when it comes to such a specific area (not just what inspires me generally). I’d have to say that travel inspires me to do the work I do. The moment when the airplane rises above the clouds into the sunlight while I drink champagne, is one of those moments I want to be able to share with the world. I have the need to tell others what wonders await in other countries around the world. Everyone should travel at least a little, because as someone wise once said: ”If you never travel, it’s the same than having a book and only reading the first page.”

6/ Where did you go on your latest trip and what was the most memorable trip you ever took/ why?

My latest trip was a first time trip to London. I liked the city, but I need to get back there to get a better sense of it all, because a few days just wasn’t enough.

I have two trips that go into the most memorable –category. Both were to Japan, which in my opinion is the best country in the whole world. The first one was in 2015, when I bought a surprise trip for me and my girlfriend to Tokyo. The whole idea for the trip was to propose to her, so I’d say it will stay in my memories forever. Long story short, she came back with a new diamond ring on her finger.

The second trip was in 2016, when we went to Tokyo and Okinawa on our honeymoon for three weeks. It was the most romantic and relaxing trip I’ve had so far, so it’s a bit hard to top that. 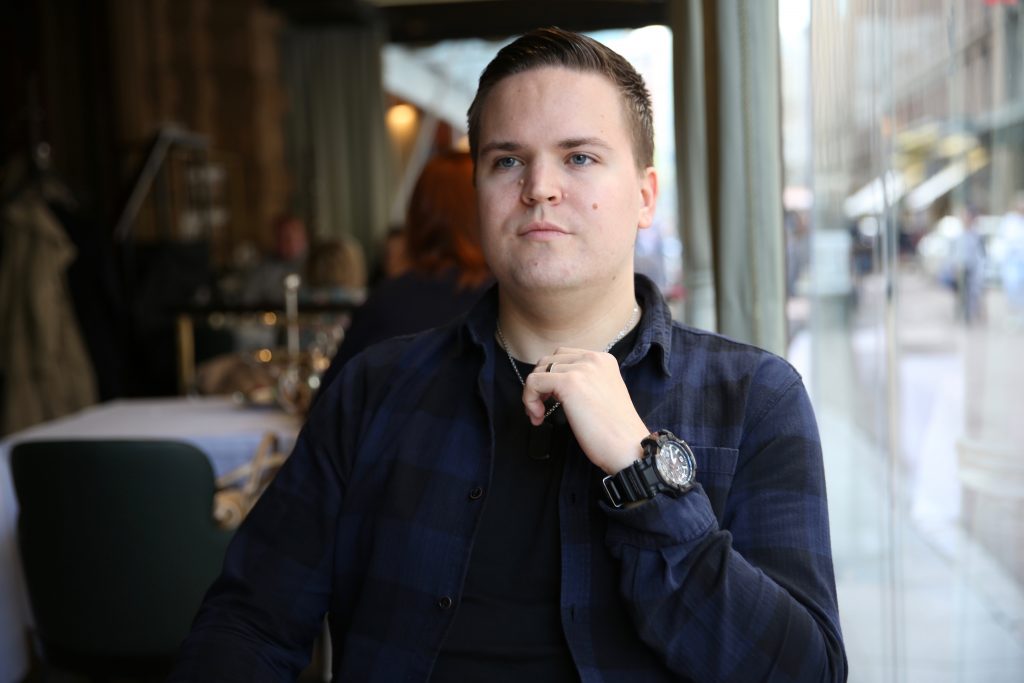 ”Dreams? I call them goals.”

Watching TV-shows and movies with my wife. Suits, The Big Bang Theory and How I Met Your Mother are some of our all time favourites. I’ve always been into PC-videogames, so I use a lot of my free time (which isn’t much) to play alone or with my friends online. I also love watching anime, because I’m a bit of a Japan-fanatic.

9/ Recommend a book, movie and song?

The 4-Hour Workweek by Timothy Ferriss. Without a doubt, this is one of the most important books I’ve ever read and will ever read. For me it meant dropping out of school and starting on a path that has led me here – being very happy with my life.

The 4-Hour Body by Timothy Ferriss. The previous book tells you how to live a happy life businesswise, but this one tells you bodyhacks that can help from fat loss to reversing major injuries. This has helped me immensely.

I’m not a religious person and I never want to push my beliefs onto others, but there is still one important book that I’d recommend. The name itself makes many leave it on the shelf, but it has such a fresh perspective on religion, spirituality and life that it can make you question everything you know. Its name is Conversations with God.

Hector and the Search for Happiness. Like the name implies, the character of Hector goes travelling, because he is trying to figure out how to be happy. This movie has some life lessons, it’s thought provoking and at the same time a feel good movie, so I highly recommend this even though most have never heard of it. The movie starts slow, but if you stick with it, it will reward you.

I’d also add the French movie Intouchables, which is rough, but also a beautiful story about overcoming obstacles and finding friendship.

If you just want something to feel good about, I’d recommend The Holiday, which I watch with my wife at least once a year.

”Fly Me To The Moon” by Frank Sinatra. One of the most romantic songs ever made.

”Suut käy” by Fintelligens (this one is in Finnish). The lyrics are about jealous people who try to bring you down when you are trying to succeed. There’s an imporant message here and it can help you shake off the haters.

”Fly Away” by 5 Seconds of Summer. There’s just something in the melody and the chorus that makes a traveller like me feel really good.

”Good Life” by G-Eazy & Kehlani. I can’t say if I’m recommending this on a longer term, but it’s just a song I like to listen to at the moment. 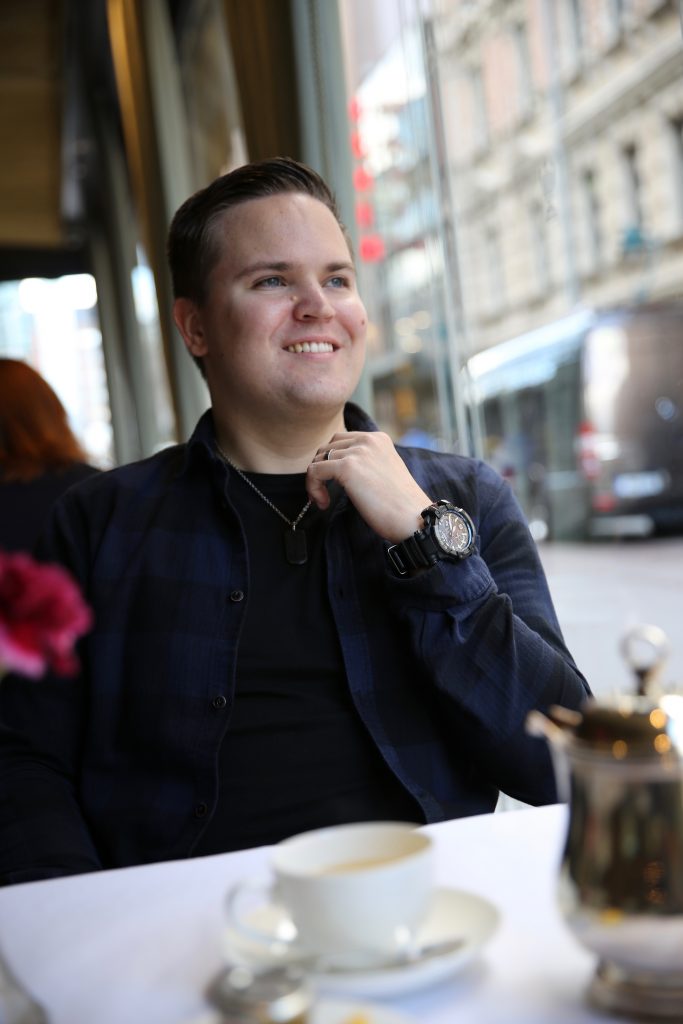 10/ Name 3 things you would bring with you to a deserted island.

Because the question asks about ”things”, I’ll not consider people and I also won’t give the smart-ass answer like ”a boat”.

So my answer would be a gaming computer for entertainment and communication with the outside world, numerous cases of good champagne like Ruinart Blanc de Blancs, because why not? Hopefully it’s a paradise island, so it would be important to be able to enjoy my time there. The third thing would be sunglasses, because I never go outside without them when it is even slightly sunny… or sometimes even when it’s raining, because I like to stay positive.